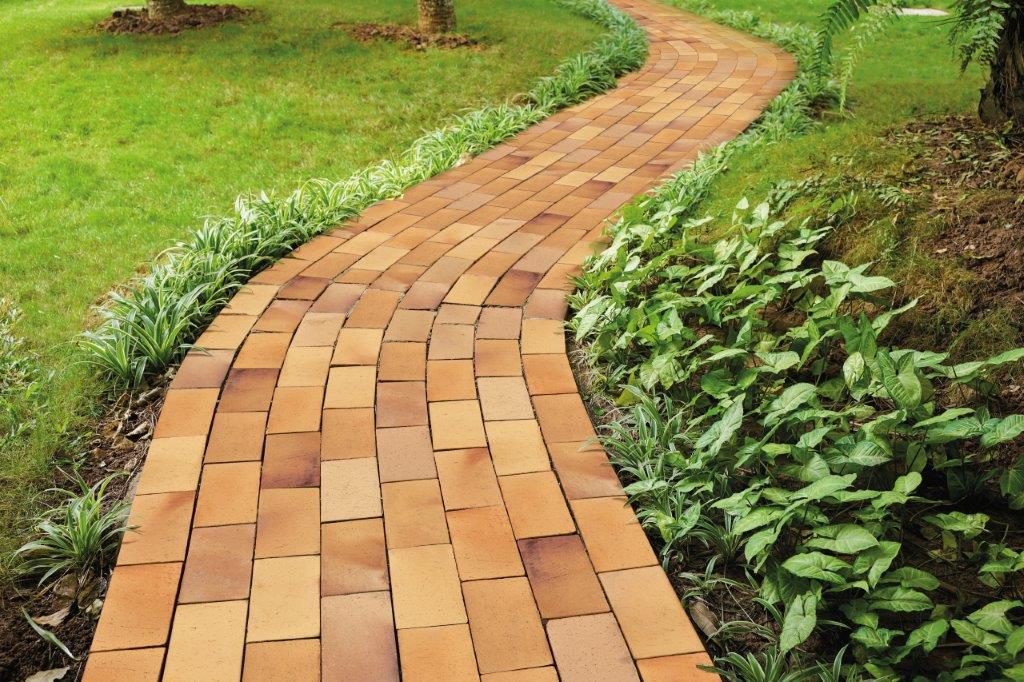 Despite its trivial shape and seemingly few design possibilities, clinker pavers offer possibilities for laying striking, also very complex patterns. For more interesting effects, it is possible to combine pavers of different widths (such as Alt Toba and Toba, or Patoka pavers with mosaic) and to juxtapose different colours or shades in a single plane. We offer a handful of ideas as inspiration for the imagination.

The simplest arrangement of cubes is strips parallel or perpendicular to the axis of the surface in question, usually offset by half a cube. Such arrangements produce a harmonious, symmetrical pattern. However, simply changing the size of the offset (e.g. to a quarter) is enough to make the cube layout noticeably more dynamic, more alive. An asymmetrical pattern will work better on irregularly shaped fields – it will hide crooked corners, for example.
On the other hand, a symmetrical pattern with half the cubes offset over a large area of paving can easily be made more attractive by introducing regularly spaced accents of a darker colour (e.g. swap every second row of red or yellow cubes for graphite). In the same way, a contrasting kerbside edging will give an elegant appearance to a pavement, especially one with a strictly geometric contour.

Pavers in a so-called ‘paving pattern’ always look great. parquet herringbone, i.e. with the ‘head’ of one block adjacent to the ‘carriage’ of the other. It can be laid either straight, i.e. parallel to the axis of the road, terrace, or pavement, or at a 45-degree angle – so that transversely or longitudinally arranged zigzags are drawn in front of the eyes. Waste then has to be reckoned with (cubes adjacent to the edge need to be cut diagonally), although this can be significantly reduced if the pattern is properly sized. After all, the cube can be turned at will (there is no ‘top’ and ‘bottom’ – all sides look equally good), and with a little thought, the waste on one side of the pavement will complement the pattern on the other side.
Pavers also refer to a herringbone as a pattern in which two other pavers are adjacent to the “head” of one block (parquet laying). The cubes, always stacked in pairs, then form a kind of chessboard or braid (as before, perpendicular or oblique to the outline of the surface to be worked on). This layout, however, requires the carriage house to have a dimension equal to two head widths – as in LHL Klinkier paving.

Snail patterns also give a wonderful result, especially on terraces and squares. Their name comes from the fact that, like the snail shell, they have a spiral arrangement. In the so-called small snail pattern, there is half of a paving block at the central point of the composition (or a repeated module on a road or pavement). Four solid cubes are arranged around it, forming a kind of ring. The work continues, adding more and more circuits in the same way.

The so-called large snail pattern, on the other hand, starts with a parallel pair of cubes – without cutting. Around these, as before, further circuits are arranged, which in this case, however, do not form a tight spiral but a symmetrical frame.
On the other hand, the arrangement of four cubes around the half, forming the centre of the snail small pattern, can be repeated regularly – one next to the other. If the colour variation of the central half is added, a so-called worm pattern with filling is created. And if, in turn, a contrasting color isolates the bricks arranged in a ‘windmill’ at the junction of four adjacent modules – a snail pattern with a rosette is created.

The simple but striking layouts presented so far – classics of the paving art – are realized using paving blocks whose sides have a 2:1 ratio. However, there are also products with other side proportions, such as the square paving block Mozaika and the Classic paving block from the Patoka brickworks, or in turn the strongly elongated Alt Classic, Alt Toba and Alt Solaris paving blocks. By their very shape, they all give the surface a non-obvious, striking appearance.
You can see how impressive the clinker pavers are by browsing through the photo gallery below, but also by using our 2D configurator, which will visualize your chosen pavers in one of our suggested laying patterns. 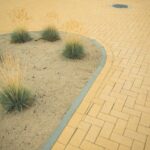 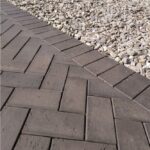 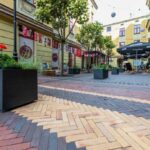 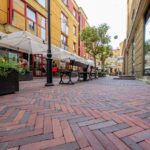 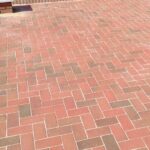 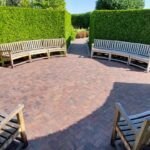 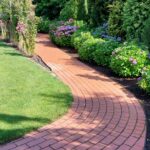 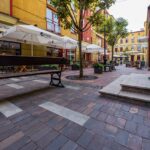 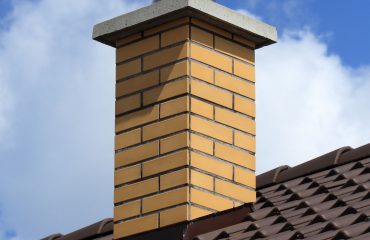 Clinker slips for chimney. Why go for it? Which to choose? How to install? 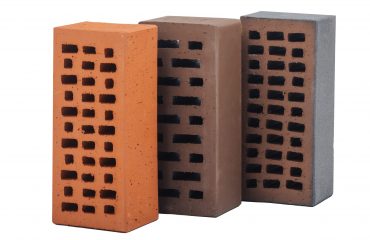 How much does clinker brick cost?
Search
Recent Posts
Products